It is among the very old breeds of pig and currently a rare breed. The breed was developed in the Berkley Vale of Gloucestershire, England during the 1800s.

Exact origins of the breed are not known. But it is believed that the breed was likely based on two pig breeds- the unimproved Berkshire and the original Gloucestershire pig which was large in size, had wattle and of off-white color and was without spots. Those two pig breeds which were used to develop the Gloucestershire Old Spots pig are now extinct.

The Gloucestershire Old Spots (GOS) Breed Society was formed in 1913. The first pedigree records of pigs began in 1885, much later than it did for cattle, sheep and horses because the pig was a peasant’s animal, a scavenger and was never highly regarded.

And before 1913, no other pedigree spotted breed was recorded. That’s why today’s Gloucestershire Old Spots pig is recognized as the oldest such breed in the world. Currently the breed is on the ‘Critical‘ list by The Livestock Conservancy.

And currently there are fewer than 200 yearly registrations in the United States and estimated fewer than 2000 global population. Read more information about the breed below.

The Gloucestershire Old Spots pigs are medium to large sized animals which are predominantly white in color with black spots. The black spot is a mandatory for the breed and there must be one spot on their body to be accepted in the registry.

They have head of long length with a slightly dished nose. They have lop ears which will cover almost the face of a mature pig and hand towards the nose.

Their shoulders are fine and not raised and their legs are strong and straight. The sows have at least 14 well placed teats.

The mature Gloucestershire Old Spots boars reach a mature weight of around 272 kg. And average live body weight of the mature sows is around 227 kg. Photo and info from Wikipedia.

The Gloucestershire Old Spots pig is a very active and hardy breed of pig. It is well known for it’s intelligence, docility and prolificity. The sows are excellent mothers and they can care for their piglets very well.

Their excellent maternal skills enable them to raise large litters of piglets on pasture. Disposition and self-sufficiency of the breed make them ideal and attractive for the farmers who are willing to raise pasture pigs, and also for the people who want to add pigs to diversified operations.

The Gloucestershire Old Spots pig was once a very popular breed of pig in it’s native area. It is suitable for both intensive and extensive pig farming system, but it is most suited for the extensive system.

It is very hardy and able to adjust with most conditions, and it has a reputation as an excellent forager. The animals are usually gentle in nature and have relatively good temperament.

The breed is well known for it’s good quality meat, and it is a dual purpose breed which is suitable for both pork and bacon production.

However, review full breed profile of the Gloucestershire Old Spots pig in the following chart. 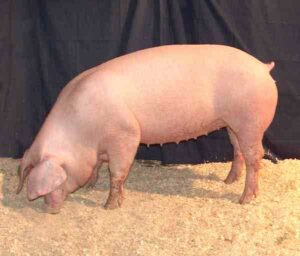 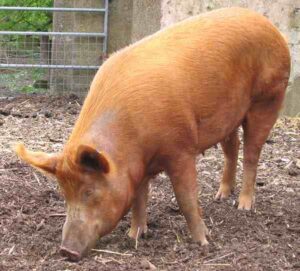 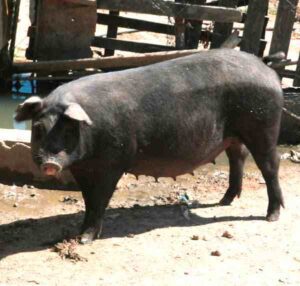 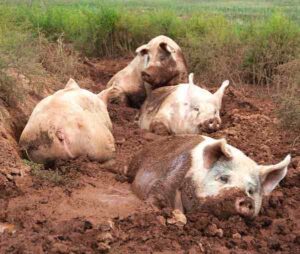 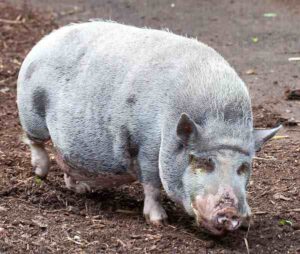