The Schmalkalden Moorhead pigeon is a breed of domestic fancy pigeon from Germany. It has been developed over many years of selective breeding.

It was originated from Germany, especially from Thuringia and the Saxon Erz mountains. The breed along with other domesticated pigeon breeds, all are descendants from the rock pigeon.

Although, exact origins of the Schmalkalden Moorhead pigeon are unknown, but the breed was also called as Mane Pigeon. Read some more information about this fancy pigeon breed below.

Schmalkalden Moorhead pigeon is a small sized breed with arched head which somewhat high in the forehead. The eyes are dark and the beak is long and black on blacks and blues, flesh colored on reds and yellows.

These birds have proportionally long neck. The feather structure starts it’s beginning from a more or less stamped out separation at the lower half of the sides of the neck.

The feather from this separation extends forward, then above, which forms the supporting feathers, which then enclose the neck, to the sides of the even lying chain as well as over the back of the neck to the mane.

The mane extends unbroken into the hood, which lies behind the top of the head. The whole structure should be as long feathered, rigid, and thick as possible.

Their wings are long and closed, and the tail is also long and carried closed. Their breast is low and well rounded. They are heavily muffed and their legs are as low standing as possible.

Head, bib, rump, tail and wedge under tail are colored, and the remaining feathers are of white color. Main colors of the Schmalkalden Moorhead pigeon are Black, red and yellow.

As a small sized breed, average mature body weight of this bird is between 340 and 370 grams. Info from Wikipedia.

This pigeon breed is used for exhibition and ornamental purposes.

The Schmalkalden Moorhead pigeon is a very beautiful breed. The combination of feathers and coloration makes this breed distinctive.

It can be highly common in it’s native area, but still rare in the United States and some other countries.

The breed is used for show or ornamental purpose. It is also good for raising as pets. Review full breed profile of this breed in the chart below. 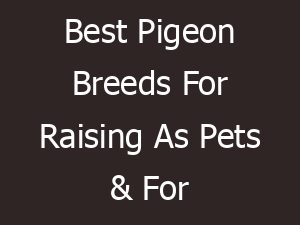 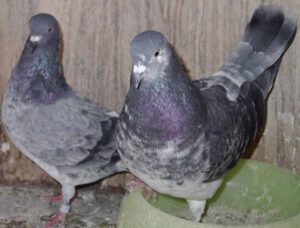 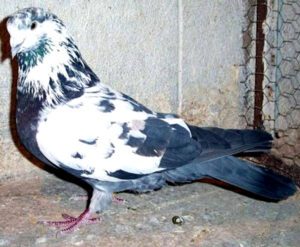 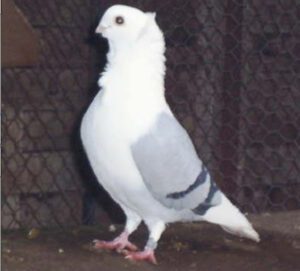 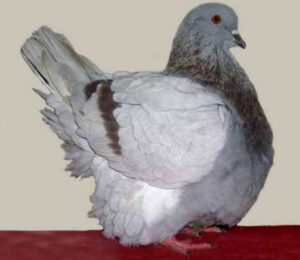 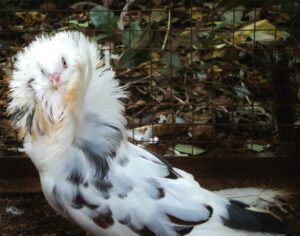