Chamois Colored goat is a dual purpose breed of domestic goat kept for both meat and milk production. It is an indigenous goat breed of Switzerland which belongs to the Swiss Mountain group.

Chamois Colored goat is available throughout the Switzerland and also available in some parts of northern Italy and Austria. The breed has also been exported to some other European countries including France.

In Switzerland this goat breed is among the principal national goat breeds for which a herd-book is kept by the Schweizerischer Ziegenzuchtverband, the Swiss federation of cantonal goat breeders’ associations.

The Chamois Colored goat is known by some other names in different countries. For example, it is known as Chèvre chamoisée in French, Gämsfarbige Gebirgsziege in German, and Camosciata delle Alpi in Italian. And in Italy, under the name of Camosciata delle Alpi, this breed is one of the eight autochthonous Italian goat breeds for which a genealogical herd-book is kept by the Associazione Nazionale della Pastorizia, the Italian national association of sheep- and goat-breeders.

There are two strains of the Chamois Colored goat. One is a hornless type from the former bezirk of Oberhasli and the area of Brienz and Lake Brienz in the Bernese Oberland in central Switzerland. And another one is a horned type from the Grisons or Graubünden in the eastern part of Switzerland.

The Chamois Colored goat is a medium sized animal with a vigorous appearance. They are much shorter in length compared to some other Swiss goat breeds. They are mainly brown in color with black face-stripes, belly, back stripe and legs.

As the name suggests, the Chamois Colored goat is obviously in Chamois color which means ranging from light to deep red (like brown). There are some white hairs can also be found on their coat.

Usually the bucks have more black color on various parts of their body, compared to the does. They have a pair of prominent eyes, and their forehead is wide.

Chamois Colored goat is a dual purpose domestic goat breed. It is mainly used for it’s milk and meat production.

The Chamois Colored goats are usually of good behavior and friendly in nature. They are excellent foragers and do very well in open foraging system. They are also considered good breed for raising as pets due to their calm and gentle temperament.

The does are good milk producers. And in Switzerland a doe on average produce about 700 kg milk per lactation. Their milk contain about 3.4 percent fat and and 2.9 percent protein. Review full breed profile of this breed in the following table. 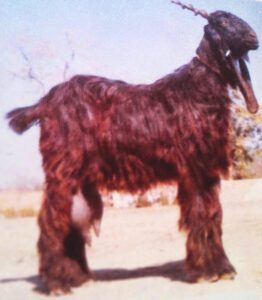 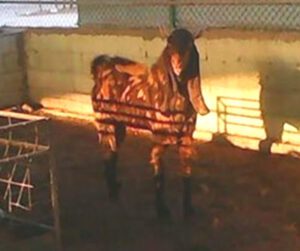 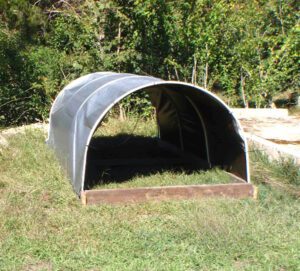 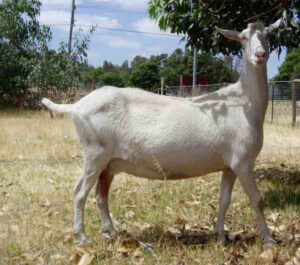 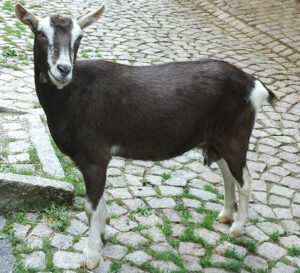 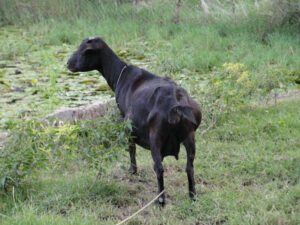