The Saxony duck is a large breed of domestic duck originating in the Saxony region of Germany in the 1930s. The breed was initially bred by Albert Franz of Chemnitz. He cross bred Blue Pomeranian, Rouen and German Pekin ducks for creating this breed. He tried to create a meat duck breed that would mature in 10 weeks and have lighter feathers underneath.

And he introduced this new creation at the Saxony Show of 1934. But during World War II, almost all of his original stock was lost. So after the war, Franz renewed his breeding program.

Germany recognized this duck as a distinct breed during 1957. And the Saxony duck is called Sachsen Enten in Germany and known as Le Canard de Saxe in France.

The breed was thought to be imported into the Britain during the 1970s. And the ducks made their way to the United States in 1984 when the Holderred Waterfowl Farm imported them. Saxony duck was recognized by the British Waterfowl Standards in 1980.

The Saxony ducks are mainly raised as an utility bird and also good for showing and raising as pets.

The Saxony duck is a dual purpose breed and classed as a heavy duck. It has a long and compact body, broad across the shoulders and has prominent chest that is smoothly rounded.

The head of the Saxony ducks is somewhat oval shaped and blends smoothly. They have a medium thick neck that is slightly arched forward. When relaxed, the carriage of the Saxony duck is 10-20 degree above horizontal.

The colors of the drakes are distinct from any other breed, but typically display the Mallard pattern. The drakes have blue-gray colored back, head and wing markings. Their breast feathers are a rich chestnut-burgundy, the neck and ring are white.

And their underbody and flanks are of cream color. The legs and feet of the Saxony drakes are orange or reddish-brown in color. Their bill is yellow or orange in color, often with pale green shading.

On the other hand, the females are of buff color with creamy white neck ring, facial stripes and underbody. The bill of the Saxony duck is orange in color, often with brown shading. Their legs and feet are of orange to reddish-orange color.

Saxony duck is a dual purpose breed, suitable for both meat and eggs production. It is a beautiful bird and well suited to both watching and petting.

The Saxony ducks are beautiful dual purpose birds. They are relatively gentle birds, have rather calm temperament and are not flyers. The breed is very good for meat production. They mature pretty quickly and produce meat with more flavor and less fat.

Saxony ducks are great foragers and always ready to root out insects for supplementing their diet. They have rather lean dark meat because of their high activity level.

Saxony ducks are fairly easy going, but the females are quite noisy. They usually do not quack, instead they make a raspy sound if anyhow they become excited.

They are good layers and will lay up to 200 large white eggs per year. The ducks are broody and will sit on the eggs until they hatch.

However, the Saxony duck is one of the best heavy all purpose duck breed, and adapt well to a wide range of environments. Review full breed profile of the Saxony duck in the following chart. 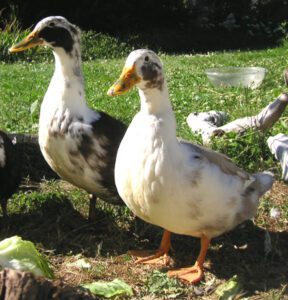 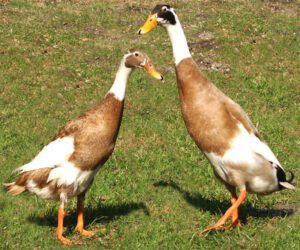 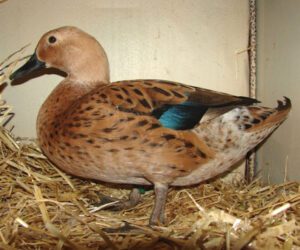 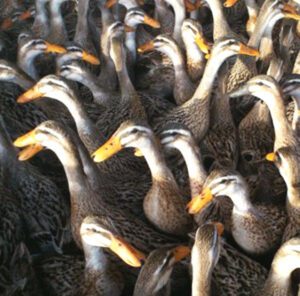 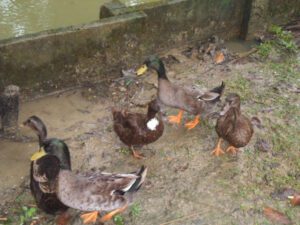 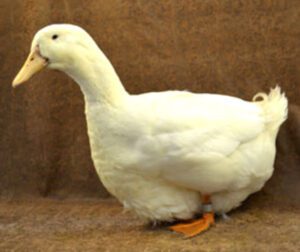