The Ryukin goldfish is a very beautiful fancy goldfish variety with a characteristic hump in the shoulder region. It is actually Chinese in origin.

But is named ‘Ryukin‘, because it was said to have arrived in Japan through the Ryukyu islands which lies between Taiwan and Japan.

There were historical references that the existence of the Ryukin goldfish dates back in 1833. But the variety is said to have arrived in Japan in the 1770s.

Early Japanese literature refers to these fish as the Onaga or the Nagasaki goldfish. In English, they are also sometimes called as the Veiltail, Fantail, Fringetail or the Japanese Ribbontail.

Currently the Ryukin goldfish is very popular in both Japan and the United States. However, read some more information about this goldfish variety below.

The Ryukin goldfish are similar in body shape and appearance to the Fantail goldfish. But they are easily differentiated from the Fantail by their extremely high back (which is often described as a dorsal hump).

They have a pointed head and have a pronounced hump on the back behind the head. They can be either long-finned or short-finned, with either a triple or quadruple tail.

Their dorsal fin is high while the caudal fin is often twice as long as the body. Their caudal fin may also have 3 or 4 lobes.

The Ryukin goldfish can come in many different coloration. Their most common coloration are iron, calico, white, deep red and red-and-white.

The mature fish can generally reach up to 8 inches in total body length. Photo and info from Wikipedia.

The Ryukin goldfish are omnivorous, just like many other goldfish varieties. They will eat almost all types of dried and live foods.

Feeding a goldfish flake or pellet food will provide these fish with proper nutrition.

Like many other goldfish varieties, the Ryukin goldfish generally spawn readily.

And they can be induced in both pond and aquarium environments for spawning.

During the breeding season they can be more aggressive, although they are not generally aggressive towards each other.

This is an ornamental fish species. They are raised for ornamental purpose, and also very good for raising as pets.

They Ryukin goldfish are very hardy, and they are also an attractive variety. They are even excellent as pets for the beginner aquarist.

They are very good for thriving in both ponds and aquarium environment.

Their average lifespan is between 10 and 15 years, but some fish can live even longer.

However, review full breed profile of these fish in the table below. 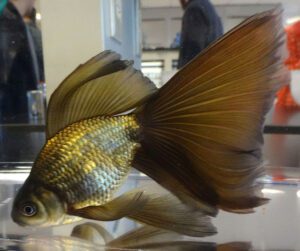 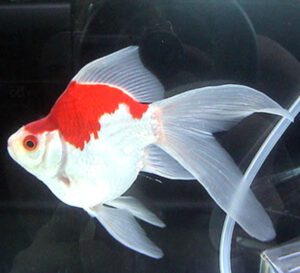 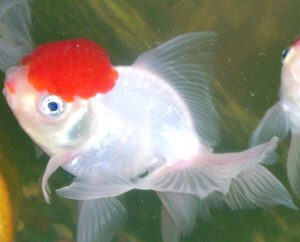 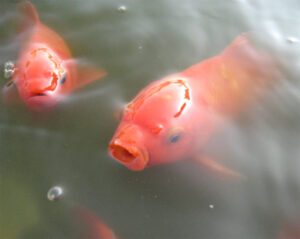 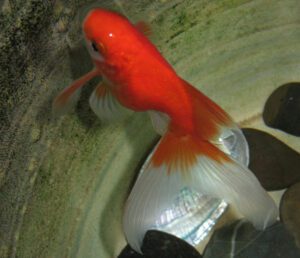 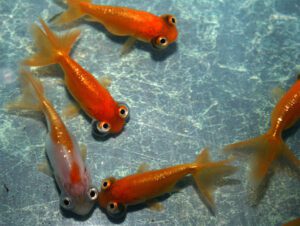