The Red Kandhari cattle are an Indian breed of domestic cattle which are widely used for draft purposes. It is locally known as Lal Kandhari because of it’s almost universal deep red colored skin.

The breed is mostly found in Bidar (Karnataka), Latur, Parbhani, Nanded and Hingoli districts in Maharashtra.

The Red Kandhari cattle are known to have originated in Latur, Kandhar taluk in Nanded district and Parbhani district in Marathawada region in Maharashtra.

It is known to have got royal patronage from King Somadevaraya who ruled over Kandhar in 4 A.D. Read some more information about this cattle breed below.

Red Kandhari cattle are medium sized animal and robust in appearance. They have almost universal deep red colored coat, but variations from a dull red to almost brown are also found. But bulls are usually a shade darker than the cows.

The Red Kandhari cattle have medium sized and evenly curved horns. They have broad forehead and their ears are long. The bulls have moderated hump and moderated dewlap.

They have shining eyes, and there are black ring around their hoops. Average height of the bulls is about 138 cm at wither, and around 128 cm for the cows. Photo and info from Wikipedia.

The Red Kandhari cattle are widely used in India for draft purposes. They are mainly used for heavy agricultural works such as ploughing and carting as well as for transportation.

Red Kandhari cattle are very hardy animals and suitable for any type of agricultural works. Especially, the bulls are mainly used for these type of tasks.

The animals are generally maintained under extensive management system on grazing only in small herds. And most of the people who raise them usually offer small amount of concentrate to bullocks, milking cows and male calves.

The cows are pretty good for milk production with an average of around 600 kg per lactation. And their milk contain average fat percentage of 4.57 percent. Review full breed profile of this breed in the following table. 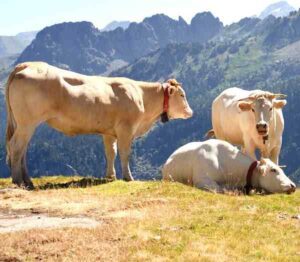 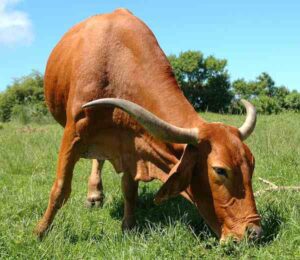 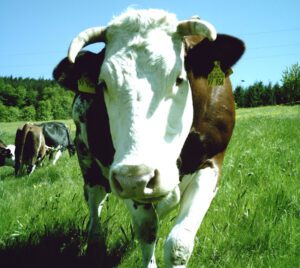 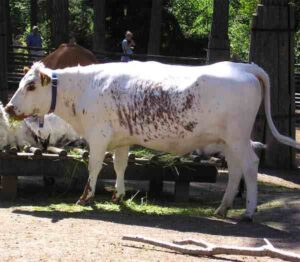 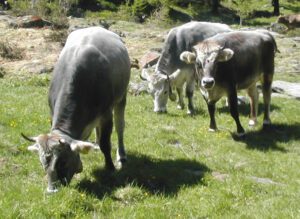