The Pacific oyster is one of the most widely cultured shellfish species. It is native to the Pacific coast of Asia. It is known by some other names such as Miyagi oyster and Japanese oyster.

It has been introduced into a large number in many other countries outside it’s natural range. It has introduced in Australia, Europe, North America, Canada, France, United Kingdom, United States, China, Korea and New Zealand for the purpose of aquaculture.

The Pacific oyster was first introduced into south-eastern and western Australian waters for aquaculture during the 1940s.

And these oysters found their way into NSW waters in the 1980s, where they have spread and invaded intertidal habitats of many coastal waterways. Read some more information about the Pacific oyster below.

The Pacific oyster’s shell varies widely with the environment, where it is attached. Their radial folds are large and rounded which are often extremely rough and sharp.

The two valves of the shell are slightly different in size and shape, the right valve being moderately concave. Their adductor muscle which holds the two shells together is purple or brown in color.

While edges of the mantle are black (mantle is the tissue which secretes and lines the shell).

Shell color of the Pacific oyster can vary. But it is generally pale white or off-white. Average body length of the mature oysters can vary from 80 mm to 400 mm, with an average length of 150 to 200mm.

And their average live body weight is about 70-100 grams. Photo and info from Wikipedia.

The Pacific oysters are nonspecific filter feeders. That means, they can ingest any particular matter in the water column.

They are mainly feed on plankton and detritus, and they filter minute marine algae and other microorganisms out of the water.

The Pacific oyster prefers to live on hard surfaces in sheltered waters within the intertidal zone. These oysters are hardy shellfish and they can survive in salinities of 10-32 ppt, and temperatures of -1-35 °C.

Their spawning occurs at 20 °C temperature. They are very fecund, with females releasing about 50-200 million eggs in regular intervals in a single spawning.

The eggs move through the suprabranchial chambers once released from the gonads. Then the eggs are then pushed through the gill ostia into the mantle chamber, and finally are released in the water, forming a small cloud.

In males, the sperm is released at the opposite end of the oyster, along with the normal exhalent stream of water.

A rise in water temperature is thought to be the main cue in the initiation of spawning, as the onset of higher water temperatures in the summer results in earlier spawning in the Pacific oyster.

The Pacific oyster is cultured and used for food. It is very popular as foods for human consumption in some countries.

The Pacific oyster has been cultured in Japan for hundreds of years. And today it is the most widely farmed and commercially important oyster in the world.

It is very popular among the farmers, because it’s very easy to grow this oyster, environmentally tolerant and easily spread from one area to another.

Numerous methods have developed and used in the production of Pacific oyster. These methods depend on some factors such as the seed supply resource, the environmental conditions in the region and the market product.

The production can either be entirely sea-based or rely on hatcheries for seed supply.

Average marketing weight of the live Pacific oyster is between 70 and 100 grams. And they take about 18-30 months for reaching this market size. 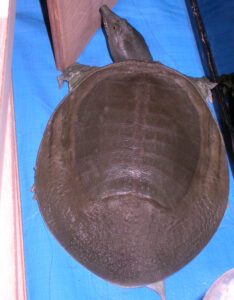