The Chinese softshell turtle is a species of turtle which is found mainly in China, Korea, Japan, North Vietnam and Russia. It was first described by Arend Friedrich August Wiegmann in 1835.

It is also referred to as the Asiatic soft-shelled turtle. Today it is commercially cultivated in China, and used mainly for food. But total population is decreasing gradually. Read some more information about this turtle below.

Their carapace is leathery and pliable, particularly at the sides. The central part of the carapace has a layer of solid bone beneath it, as in other turtles, but this is absent at the outer edges.

The light and flexible shell of the Chinese softshell turtle allows them move more easily in open water, or in muddy lake bottoms.

In terms of coloration, the carapace of these turtles is olive in color and may have dark blotches. The plastron is of orange-red color, and may also have large dark blotches.

The limbs and head are olive dorsally with the forelimbs lighter and the hind-limbs orange-red ventrally. The throat is mottled and there may be small, dark bars on the lips.

There are dark flecks on the head and dark lines that radiate from the eyes. A pair of dark blotches is found in front of the tail as well as a black band on the posterior side of each thigh.

On an average, the Chinese softshell turtle can reach a carapace length of around 1 feet, and they can weight up to 6 kg.

The males are generally smaller in size than the females, and the females also have a slightly domed carapace. Photo and info from Wikipedia.

The Chinese softshell turtle generally reach maturity within their 4-6 years of age. The mating generally occurs from March to September (they mate from May to July in Japan).

They mate at the surface or under water. A male will hold the female’s carapace with it’s forelimbs and may bite at her head, neck and limbs. The females may retain sperm for almost a year after copulation.

The females generally lay between 8 and 30 eggs in a clutch, and they may lay from 2 to 5 clutches each year. The females lay eggs in a nest that is about 3-4 inches across at the entrance.

Eggs are spherical and average about 20 mm in diameter. The eggs generally hatch after an incubation period of about 60 days (which can be longer or shorter depending upon temperature).

The Chinese softshell turtle is cultivated mainly for food. It has a great economical value in it’s native area.

The Chinese softshell turtle is the most commonly raised species in China’s turtle farms. It is an important food source in some Asian cuisines, and is extensively farmed.

It is mainly value for it’s flesh which is widely consumed throughout it’s range. It has also been introduced to man-made aquatic habitats in many parts of Southeast Asia.

These turtles are predominantly aquatic in habits, and are rarely seen out of water. Their natural diet comprises a wide range of aquatic invertebrates, fishes and vegetation.

The Chinese softshell turtle generally live in freshwater and brackish water. In China, they are found in lakes, ponds, rivers, canals and creeks with slow currents.

And they are found in marshes and drainage ditches in Hawaii. Currently, total population of these turtles is decreasing gradually.

And the wild populations are listed as vulnerable on the IUCN Red List. However, review full breed profile of the Chinese softshell turtle in the table below. 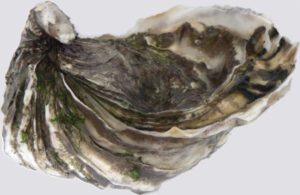