The Komorner Tumbler pigeon is a breed of fancy pigeon which was originated in 18-19th century in city Komárno in Austrian Empire (on the current Slovak-Hungarian border).

It was developed over many years of selective breeding. The breed is also known by some other names such as Komorn Tumbler, in Slovak Komárnanský kotrmeliak and in Hungarian Komáromi bukó.

Today the Komorner Tumbler pigeon breed exist only for exhibition in pigeon shows, but it was originally bred for acrobatic flying as a Tumbler pigeon. The ancestors of this breed were imported by Ottoman Turks from eastern parts of the Ottoman Empire.

It was imported into the United States in the late 1920s, and has grown in popularity since then. And in the year of 1946, the American Komorner Club was organized.

Currently the Komorner Tumbler pigeon breed is available in some other countries throughout the world, along with it’s native area. Read some more information about the breed below.

Komorner Tumbler pigeon is a small sized bird with slim body. It’s body is much more compact and delicate than the modern most popular Racing Homer pigeon.

Head of these birds is adorned with a crest extending from ear to ear, and terminating in rosettes.

Komorner Tumbler pigeon is used for exhibition purpose. But it is also pretty good for flying purpose.

These birds are seldom free-flown today. And currently they are raised only for exhibition purpose in the pigeon shows. Along with raising for show purpose, the breed is also very good for raising as pets.

However, review full breed profile of this breed in the chart below. 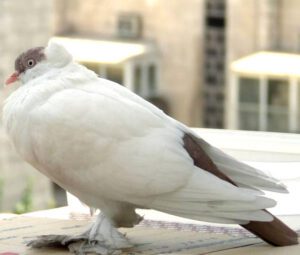 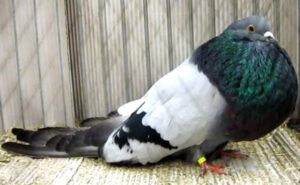 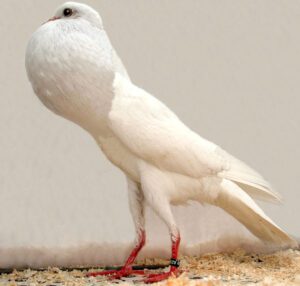 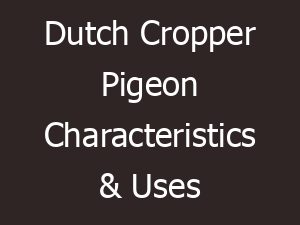 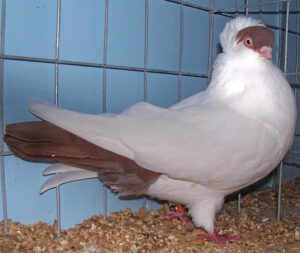 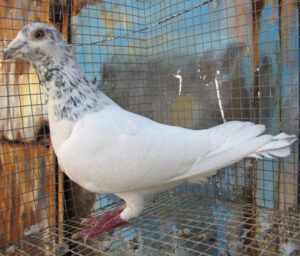