Roosters who are out of chicken coop are vulnerable to attacks from various types of predators. If they aren’t in the same coop as your hens are, the roosters can’t do their job and you will not be able to get any fertile eggs.

How To Catch A Rooster

It’s very important to catch the escaped rooster and return him to his coop as soon as possible for preventing the accidental injury or loss of your bird. Learn how to catch a rooster when it gets out of it’s coop.

Increase the number of feeders or available food sources from where your rooster has escaped. Always provide feeds to your bird inside the chicken coop. Open the door of the chicken coop and allow the rooster back inside during feeding period.

Never feed your rooster outside of the coop. And never let him to think that food is available anywhere in your backyard. It’s only available inside the coop.

Make sure that you keep all your hens with the rooster inside the coop. Because roosters have tend to be very fond of their lady friends. Hahaha! And never let another roosters get inside your chicken coop.

If any rooster escape from the coop, wait until he wants to go back inside the coop to get to the hens and then open the door and let him back in.

Chickens usually go to roost at night. So, it will be very easy for you to catch a rooster when he is asleep. Find out your sleeping rooster and softly grab him. Hold both of his wings down and this will prevent him from flapping or flying away.

Place a net or blanket over the rooster to trap him if you don’t feel uncomfortable or safe catching your rooster with hands only. Then hold him securely and transport him inside the coop.

You can also try to catch the rooster with net or blanket when he is awake. But in most cases an alert rooster tends to see the net or blanket coming and it will be harder to capture him.

You can also wear hand gloves, protective eyewear and long sleeve clothing while capturing your escaped rooster. During catching a rooster if he struggles then his beak and spurs can hurt you. So, be very careful.

There are some tools available that can be used for catching the escaped roosters. You can use a poultry pole (poultry hook) for catching roosters. The hook slips over one of rooster’s legs and then pull the rooster to you.

You can also use a long handled net for catching the rooster. Most people use a net for catching. But a net will not be too useful to you if your rooster still has his leg spurs. Because spurs are very sharp and your roosters can easily cut the net with their spurs.

It’s really very tough to catch a feral rooster. But the roosters who are very comfortable with humans and well trained for accepting human handling are much easier to catch them.

A tame rooster usually become gentle and obedient to you if you take good care of him. And if he escape anyhow, then you will be able to catch him easily.

How do you catch a rooster in the wild?

How do you attract a rooster?

You can attract a rooster by providing him food, adding extra hens in the flock and also by making a suitable environment for him.

How do you catch a rooster without hurting it?

For catching a rooster without hurting it, you can place a net or blanket over him to trap him and then hold him securely as you transport him to the coop.

How do you pick up an aggressive rooster?

Just pick him up and hold him snuggly against your body while holding his legs and wings securely so he doesn’t get you with his claws or fly away.

Do roosters remember you?

Yes, sure! Actually, chickens can recognize up to 100 faces.

What to do with an aggressive rooster?

First of all, try to know the reasons behind it’s aggression and then take necessary steps. You can control it’s aggression either by giving it some food or by adding some extra hens in the flock.

What age are roosters most aggressive?

Generally, the roosters become more aggressive at about their 5-6 months of age.

How long do roosters live?

Average lifespan of a rooster is between 5 and 10 years.

What breed is the meanest rooster?

The Thai Game Fowl is considered to be the most aggressive breed of chicken. They are actually known for their large muscular bodies and sharp claws.

What is a roosters favorite food?

Roosters love fresh corn, cooked rice, cheese and noodles. Hence, while you dine with your family, you can occasionally feed them these food scraps. Roosters also generally like leafy vegetables, such as greens, lettuce and Russian kale.

What is the most friendliest rooster?

The Orpington roosters are considered as the most friendliest roosters.

Are roosters protective of their owners? 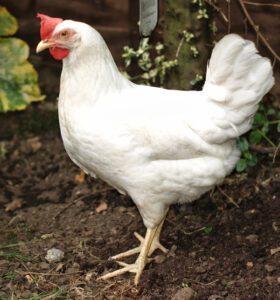 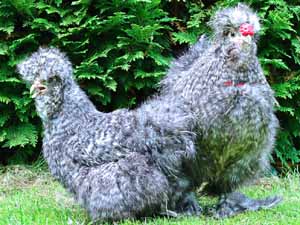 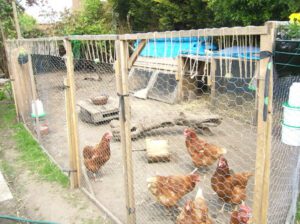 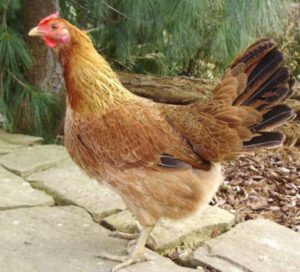 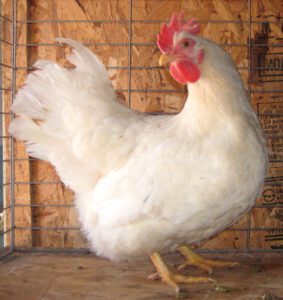 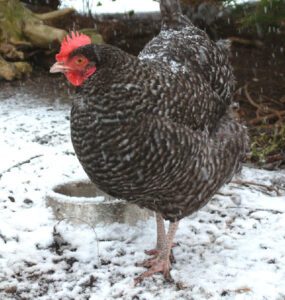 1 thought on “How To Catch A Rooster When It Escape”