This type of fodder provides required nutrients for milk production and also health of the dairy animals.

So, green fodder production is very important, especially if you are raising dairy animals.

Green fodder production in your own land will not only save money, but also will help to keep your animals healthy and productive.

And green fodder production in your own land provides the better option of feed buying alternative for farmers who are planning to goo for dairy farming business.

Some of the farmers depend on the cultivation of green fodder just like any other crop and they are making good profits.

So, you can take this advantages either for dairy farming or for selling the fodder to other farmers for money.

Green fodder production is also important if you want to make and store silage for your animals.

Silage is considered a very good option both for dairy and meat producing animals. And you need to produce the green fodder for making silage for your animals.

What is green fodder?

Green fodder is actually any type of feed that is made from green crops like legume crops, cereal crops, grass crops or even tree based crops.

Generally, there are 3 types of green fodders available which are cereal crop based, tree based and legume crop based green fodder.

What are the objectives of green fodder production?

Main objectives of green fodder production are mentioned below.

How to start green fodder production?

If you have your own land, then you should consider growing green fodder of your own. Green fodder production is very easy and you can do it just like growing any other crops.

Green fodder for the animals can be cultivated in open fields by choosing right hybrid perennial variety.

But the green fodder can also be grown by using hydroponics system. Here we are trying to describe more about green fodder production.

There are several types of green fodder available. Here are the common types;

Here we are shortly describing about each type.

Maize: Generally, maize is an annual crop and it can be cultivated on a wide variety of soil types. You will need to cultivate 40-45 kg seeds per hectare for producing green fodder from maize. Plant the seeds to a spacing of around 15 cm between the seeds in rows which are about 30 cm apart.

Sorghum: Sorghum is cultivated for both grain and green fodder. It is a drought resistant annual crop and grows well in tropical areas with a temperature range between 25°C and 36°C. And it generally requires an annual rainfall of 300 to 400 mm.

The sorghum can be cultivated on a wide range of soil types (but avoid too much sandy soils for growing sorghum). You will need to plant the seeds at the rate of 40 to 45 kg per hectare. And after planting, you can expect to harvest after flowering stage for green fodder.

Hybrid Napier: Hybrid Napier is actually a perennial grass fodder and it possesses more tillers and leaves than Napier grass, and it is more vigorous and yielding and quality is much higher. Hybrid Napier grass crop contains crude protein from 8-10 percent.

Hybrid Napier crop is grown from slips, and you will need to plant about 40,000 to 45,000 slips per hectare. And after planting the slips, you can expect to have the first cutting after 70 to 80 days.

Guinea grass: Guinea grass contain between 4 and 15 percent crud protein and it reaches about 5 meter tall. You will need to have 2 to 2.5 kg seeds for planting Guinea grass in one hectare land. But if you want to plant from slips, then you will need about 65,000 slips per hectare. Average yield is around 150 tonnes per hectare from 8 cuts.

Blue-Buffel grass: This is a perennial grass and suitable for pasture land. This grass require very well-drained soil with high calcium content. Generally you will need to plant about 5 to 7 kg seeds per hectare. You can expect to have first cut 70-75 days after planting. And average yield is up to 35 tonnes per hectare per year.

Para grass: The Para is a perennial grass and it is ideal for growing in humid climatic conditions. It can be cultivated in seasonally flooded valleys and lowlands, and it can withstand water stagnation and long term flooding as well. Para grass is generally grown from stem cuttings, and you will need to plant about 900-1000 kg of stem cuttings per hectare. You can expect to have the first harvest 70-80 days after planting. Average yield is between 90 and 100 tonnes per hectare per year.

There are some legume crops which are very good as green fodder. Here we are shortly describing about these crops below.

Cowpea: The cowpea is an annual crop and it can be grown in tropics, sub-tropics and warm temperature regions. It is very useful feeding in green form, for hay making or for making silage. Cowpea can actually be grown throughout the year. You will need to plant about 40-45 kg seeds per hectare. You can expect to harvest after 45 to 50 days from planting seeds.

Desmanthus: Desmanthus is also a perennial crop and it can be grown throughout the year (it can be grown under irrigated and rainfed conditions). You will need to plant around 18 to 20 kg seeds per hectare for growing desmanthus. And you can expect to harvest 3 months after planting the seeds.

Stylo: Stylo is an erect growing perennial forage legume crop. The plants generally reach around 2 meters height. Stylo is very drought resistant and considered as a very good pasture legume. Average crude protein content in this legume is between 16 and 18 percent. Generally 6-7 kg of seeds required per hectare. You can expect to harvest 70-75 days after planting the seeds. Average yield is between 25 and 40 tonnes per hectare per year.

Lucerne: Lucerne is very good for the animals and it is known as the queen of forages. It is a deep rooted perennial forage that can be grown on a wide variety of climatic conditions. You will need to plant about 18-20 kg seeds per hectare for growing lucerne. You can expect to harvest 70-80 days after sowing the seeds. Average crude protein content is between 15 and 20 percent.

There are some tree varieties which are grown for feeding the livestock animals. Some of the popular green fodder tree varieties are mentioned below.

Subabul: Subabul tree is one of the very fast growing tree fodder varieties. The best time for sowing seeds is between June and July. Under rainfed conditions, you can expect to have around 40 tonnes per hectare and around 100 tones under irrigated conditions.

Sesbania: Leaves of the sesbania tree is very good for animal health. The leaves contain about 20-25 percent protein content. These trees grow very well in fertile soil with good drainage system. You will need to plant about 7 to 8 kg seeds per hectare. And you can start harvesting 7-8 months after planting the seeds. Average green fodder production per hectare is around 100 tonnes per year.

Gliricidia: The Gliricidia is a small tree which grows well and can tolerate a wide range of climatic conditions. The plants grow very well in heavy clay to sandy soils. The plants is grown from both seeds and cuttings. And it is used for fuel wood, animal feed, shade, poles, green manure and as living fences.

Green fodder production is very easy and you should do it for keeping your animals healthy and also for reducing the feeding costs. Good luck and may God bless you! 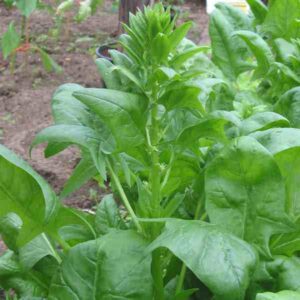 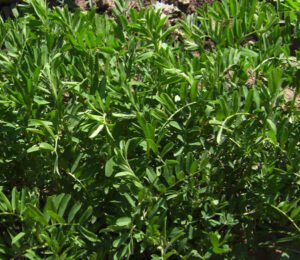 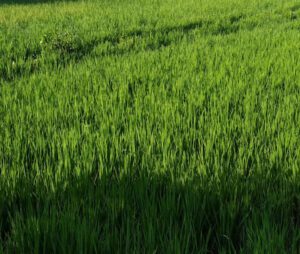 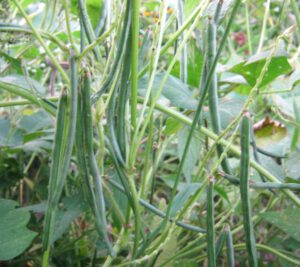 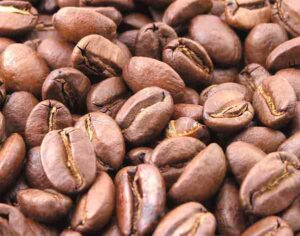 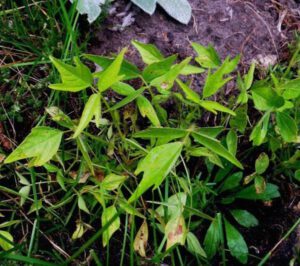