The Gaolao cattle are a domestic breed of cattle native to India. It is a dual-purpose breed and belongs to the subspecies Bos indicus. It is raised mainly as a dairy cattle breed and also used as a draught animal.

The breed originated in the western and middle region consisting of Wardha district in Maharashtra, Balaghat and Chindwara districts in Madhya Pradesh and Rajnadgaon district in Chhattisgarh state. It is also known as Arvi and Gaulgani in some areas.

Gaolao cattle breed resembles Ongole breed, but it is lighter than the Ongole. It is said that the Marathas developed this breed into a fast-trotting type suitable for quick army transport in the hilly areas of Gondwana, Madhya Pradesh.

Previously the breed was used by the Maratha army primarily for military purposes when invading the local Gond Kingdom.

According to the old historical records, the Gaolao cattle had fair milk producing capacity. But selection has been directed mainly towards developing a capacity for quick draft during the last two centuries.

Currently the breed is mainly found in the districts of Wardha, Nagpur and Chindwara. Read more information about the breed below.

Gaolao cattle are of medium height animals and have well build body. They are usually of white to grey complexions in coloration.

The Bulls are generally grey in color over the neck, hump and quarters and the cows are usually white in color. Their body is light build and tend to be narrow and long.

Their head is markedly long and narrow with a straight profile usually tapering towards the muzzle and somewhat broader at the base of the horns.

Forehead of the animals is usually flat, though it appears to recede at the top. Such forehead give them a slightly convex appearance. Their eyes are placed slightly at angles and are of almond-shaped.

Their ears are carried high and are of medium in size. Both bulls and cows usually have horns, and their horns are short and stumpy, blunt at the points and commonly slope slightly backwards.

The Gaolao cattle has short neck, with a moderately well-developed hump. Their hump is usually loose and hangs on one side. Their hind quarters are slightly drooping, and the limbs are straight and muscular.

Skin of the Gaolao cattle is thin but loose and their tail is relatively short reaching only a little below the hocks. Photo and info from ansi.okstate.edu and Wikipedia.

Gaolao cattle are dual-purpose animals. They are raised for both milk production and also for draught purposes.

The Gaolao cattle are very hardy and active animals. They are very suitable for transportation purpose in the hilly areas. The bullocks are trained for moving fast.

It is observed that the native home of the breed is located along the route taken by the Rig Vedic Aryans from the Northern passes through Cntral to the Sothern India.

The breed is closely similar to the Ongole cattle with greater agility. The cows are pretty good to poor milkers. They are capable of producing about 604 kg of milk per lactation.

Although their milk production can vary from 470 to 725 kg per lactation. Their milk is of good quality containing about 4.32 percent of butterfat content. Review full breed profile of the Gaolao cattle in the following chart. 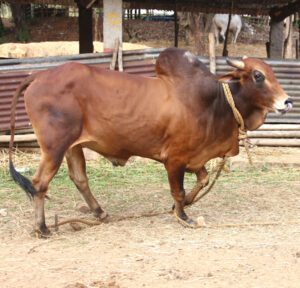 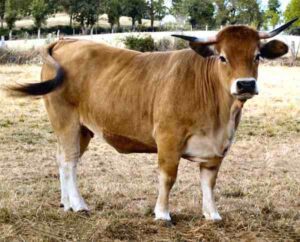 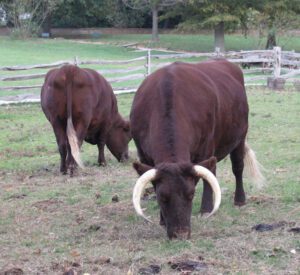 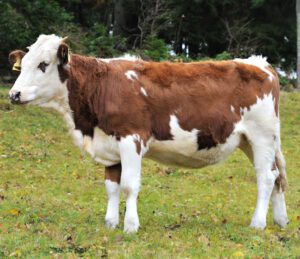 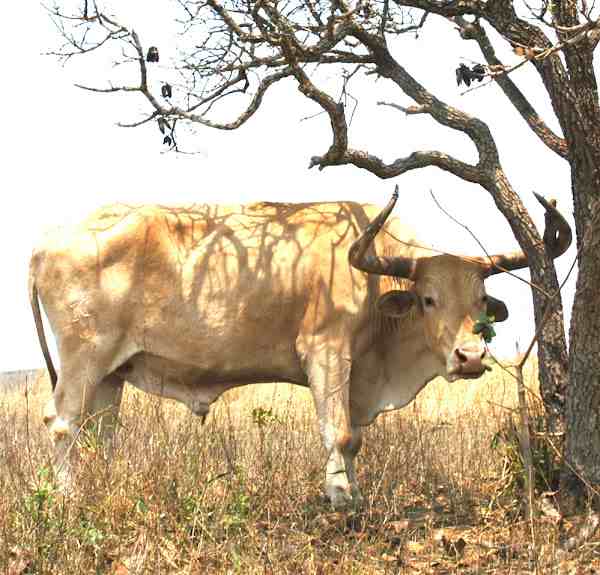 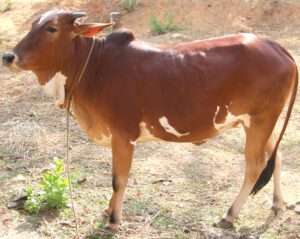