Wheat farming is very popular in many different parts of the world, just like rice farming. It is among the mostly cultivated cereal crops, and it is a staple food worldwide.

And wheat farming is done in both small scale and commercially. Commercial wheat farming business is becoming very popular gradually.

Like rice, wheat (Triticum aestivum) plant is also a grass and cultivated mainly for the seeds. The wheat is in the Triticum genus, and there are many other species of wheat in the same genus.

World trade in wheat is greater than for all other crops combined. And wheat is actually grown on more land area than any other food crop.

And in terms of total production, wheat is the second most-produced cereal crop after maize.

Wheat is a very important source of carbohydrates. Total demand for wheat is increasing gradually, mainly due to the unique viscoelastic and adhesive properties of gluten proteins (which facilitate the production of processed foods).

Total consumption of wheat is increasing as a result of the worldwide industrialization process and the westernization of the diet.

According to Wikipedia ‘the archaeological record suggests that wheat was first cultivated in the regions of the Fertile Crescent around 9600 BCE).

Cultivation of wheat began to spread beyond the Fertile Crescent after about 8000 BCE.

Repeated cultivation and harvesting of the grains of wild grasses led to the creation of domestic strains, as mutant forms of wheat were preferentially chosen by farmers.

It is called Gehun in Hindi, Gom in Assamese and Bengali, Ghauhn in Gujarati, Godhi in Kannada, Godambu in Malayalam, Gahu in Marathi, Gahama in Oriya, Gehu or Kanak in Punjabi, Thiringu in Sinhala, Godhi in Tulu, Godhuma in Telugu and Govn in Konkani.

How to Start Wheat Farming

Wheat farming is very easy as compared to many other cereal crops. Wheat is widely grown in many parts of the world.

It is grown on 13 percent of the cropped area of India (and in India, wheat is the most important food-grain next to rice.

However, here we are describing more information about wheat farming.

You can also select a location with heavy soil with good drainage system (under dry conditions). Consider all these factors while choosing land for wheat farming.

You will need to prepare the soil perfectly for wheat farming. Plough the soil with disc or mould board plough.

Prepare the soil by giving one deep plough with iron plough followed by 2-3 times light ploughing and planking. After ploughing, 2-3 harrowing will be very good for preparing the soil.

You should plough early in the morning, and planking should be done after each ploughing.

For commercial wheat farming, an average 50 kg Nitrogen, 25 kg Phosphorus and 12 kg Potash will be enough per acre.

And add as much organic contents as you can while preparing the soil.

Wheat plants can be grown in a wide variety of agro-climatic conditions. The plants have high adaptability and they can be grown in the tropical and sub-tropical zones and also in the temperate zone and the cold tracts of the far north.

The wheat plants are severe cold and snow tolerant and resume growth with the setting in of warm weather in spring season.

Wheat plants can be grown from sea level to as high as 3300 meters high. But most suitable climate for wheat farming is moist and cool weather.

Wheat can be grown at any time as long as the whether is favorable and the temperature is between 3.5 °C and 35 °C ( although, the ideal temperature for wheat farming is between 21 °C and 26 °C).

There are many different types and varieties of wheat available around the world. And there are also many varieties available in many areas.

All these varieties are different from each other in terms of characteristics and yield. Spelt, durum, emmer, einkorn, khorasan and common wheat or bread wheat are the hexaploid species.

Durum, hard white, soft white, hard red spring, hard red winter and soft red winter are some classes which are used in the United States. There are also many hybrid or high yielding wheat varieties available in some areas.

Consult with any existing farmer within your area for having recommendation while choosing a variety.

Wheat is very common and popular throughout the world. So the seeds should be easily available in your area.

Visit any of your nearest govt. or private seed suppliers. And while purchasing seeds, try to purchase very good quality, high yielding and disease free seeds from the local seed manufacturers.

Generally 40-50 kg seeds are required per acre. Although, exact amount of required seeds depend on the variety and sowing method.

The wheat seeds can be sown in many different methods. Seed drill, rotavator, zero tillage drill and broadcasting methods are used for sowing wheat seeds.

You have to sow the seeds to about 4-5 cm deep. Planting the seeds in rows will be good. Space the rows to about 20-22.5 cm apart.

Planting or sowing the seeds in correct time is very important for wheat farming.

Delayed sowing causes a gradual decline in the yield of wheat. In Indian agro-climatic conditions, Late October to November is considered best time for wheat farming.

The wheat seeds should be graded and cleaned thoroughly before sowing. You can use fungicide for treating the seeds.

Using Raxil, Vitavax, Tebuconazole and Thiram at the rate of 2 grams per kg seed will be enough for treating the seeds before sowing.

The wheat plants are relatively hardy and strong. They generally do very well in favorable environment and generally require less care.

Although taking additional care will be very good for wheat farming, and will ensure maximum yield.

Here we are describing more about the caring process of the plants for successful wheat farming.

Fertilizing: Additional fertilization is not required if you already have prepared the soil by following the above mentioned ways.

Controlling Weeds: You can control most of the weeds from your field by removing them while preparing the soil. And additional weeding is also required. You can also use chemical for controlling the weeds.

Please consult with your local agriculture extension extension office or any expert for having better recommendation for controlling all these pests and diseases.

You can expect to start harvesting when the leaves and stem turn yellow and become fairly dry.

The wheat should be harvested before it is dead ripe for avoiding loss in yield. So, timely harvesting is essential and very important for maximum quality of the grain.

When the moisture content in the grain reaches to about 25 to 30 percent, then the wheat are in the right stage for harvesting.

Combine harvester are available for harvesting, threshing and winnowing of wheat crop in single operation.

But you can also use serrate sickles for manual harvesting. Store the harvested grain in a safe place after all the process are done.

Exact amount vary depending on the variety and many other factors. But on average you can expect up to 2 tons per acre.

Wheat is nutritious and that’s why it is among the main staple foods. In a serving of 100 grams wheat, it provides 327 kilo-calories, and it is also a rich source of multiple essential nutrients (such as protein, dietary fiber, manganese, phosphorus and niacin).

However, these are the common ways for wheat farming. The whole process of wheat farming is relatively easy and you can start in both small and large scale.

But if you are a beginner, then we recommend starting in small scale and expand gradually. Commercial wheat farming business is profitable and it is gaining popularity gradually. God bless you! 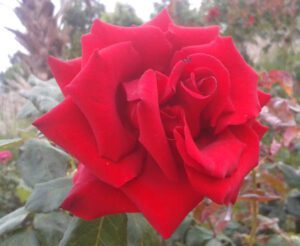 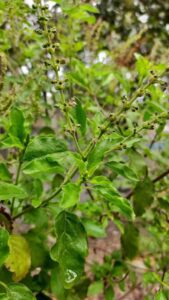 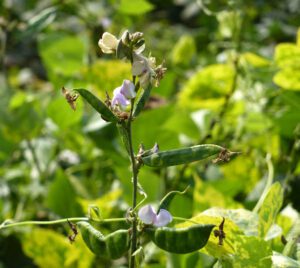 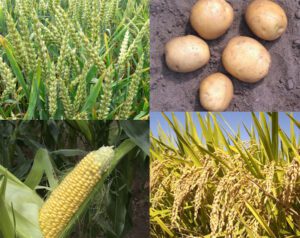 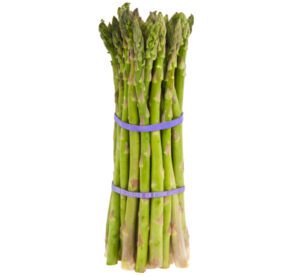 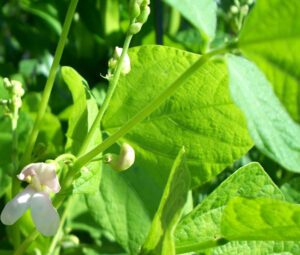