Jangmigye chicken is a breed of long-tail fowl which originated in the Mahan Confederacy region of ancient Korea (modern North Korea). It is called Ginkkori-Dak in Korea.

Nowadays the breed is raised mainly for ornamental purpose. Although, their number is limited. There is a few birds available. Korea is between China and Japan and the Chinese long-tails are the ancestors of all Japanenese long-tails and probably the Jangmigye chicken also.

But there are not much history about this chicken breed. Much history has been lost and forgotten. Now the Jangmigye chicken seems almost extinct. Some Korean people go across the peninsula to find a chicken. Some people are trying to restore the breed themselves.

Jangmigye chicken is a beautiful breed which appeared in a single comb variety with Black Breasted Red or White plumage. Their plumage is exceedingly gorgeous but what makes them wonderful is the fact that their tails are immense. Their tail and saddle feathers drape luxuriously.

This breed has many similarities with the German Phoenix chicken, which is developed from Japanese long-tails. These chickens have red colored single comb.

Their wattles are also red and earlobes describes as red mixing white or white. Their legs are dark gray or lead. They have red-brown eyes and skin color is yellow. Hens lay light brown colored and medium sized eggs.

On an average male Jangmigye weights about 1.2-1.8 kg and females about 0.8-1.3 kg. Review full breed profile of of this chicken breed below. Photo from Pinterest. 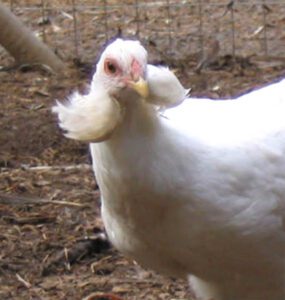 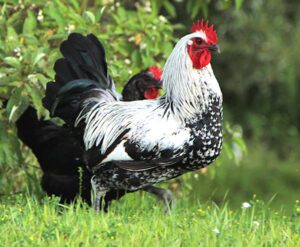 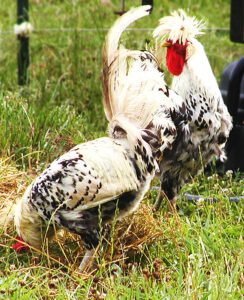 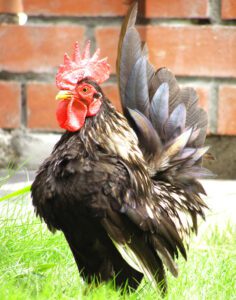 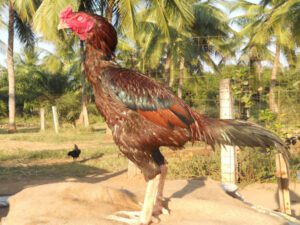 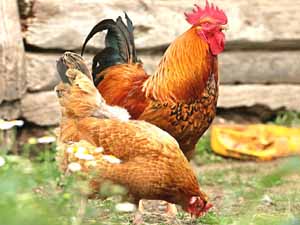