The Gotland sheep is a breed of domestic sheep from Sweden. It is named for the Swedish island of Gotland, and also known by some other names such as Swedish Fur, Swedish Pelt and Swedish: Pälsfår.

It is actually a breed of Northern European short-tailed sheep, and was first established on the Swedish island of Gotland by the Vikings with Karakul and Romanov sheep brought back from expeditions deep into Russia and crossed with the native landrace sheep during the 1920s and 1930s.

Native landrace of the Gotland island called the Gute sheep are still exist, but they are now rare.

Main differences between the original Gute and the improved Gotland sheep are that the later are entirely polled and have more uniform confirmation and fleeces.

Today the improved Gotlands may be found in Australia, Denmark, Sweden, the Netherlands, New Zealand and in the United Kingdom.

Frozen embryos were imported from New Zealand by Ambling Brook Farm in 2012. Today, the breed is found throughout Sweden and it is kept for it’s pelt and meat production. Read some more information about this Swedish sheep breed below.

The Gotland sheep are medium sized animals, and are fine boned. They are primarily gray in coloration. Both rams and ewes are polled, that means ‘they have no horns’.

The ears stand outwards with a small neat muzzle. They have slender neck and shoulders which are set smoothly into a level back with good depth and reasonable breadth of body. Their tail is short with a hair-covered tip.

The fleece of the Gotland sheep is fine, long, lustrous and dense. And the fleece can be all shades of grey from silver to charcoal gray and is dark enough to be almost black. Photo and info from ansi.okstate.edu and Wikipedia.

The Gotland sheep are hardy animals. Their disposition is docile and friendly naturally. Although some older rams can become aggressive.

Today the breed is raised mainly for meat production, but also good for producing fleece. The fleece is usually 29 to 34 mm in diameter, and wool of the lambs can be in the low to mid 20s mm range.

Fleece of the Gotland sheep is prized in the United States by hand-spinners. And they are most desired for their pelts in Europe. However, review full breed profile of this sheep in the following chart. 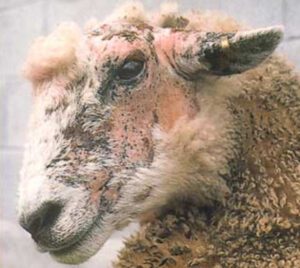 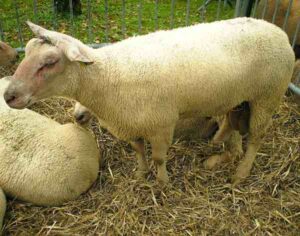 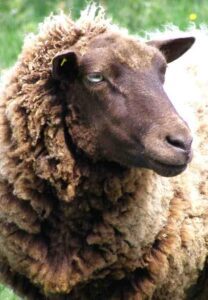 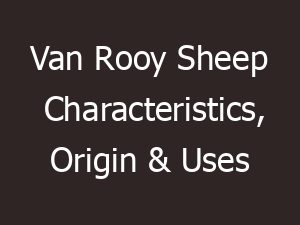 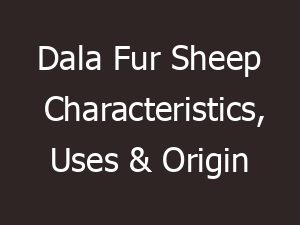 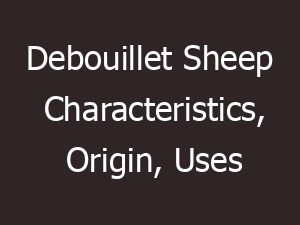