The Danish goose (or Danish Landrace goose) is a landrace variety of goose. As the name suggests, the breed is native to Denmark. In ancient times, the breed was developed from the wild birds.

And the breed is thought to have emerged from Scandinavian wild goose. The Danish goose was a popular poultry of the Vikings, as we can know from archaeological remains.

Actually it was the most popular poultry bird and only goose bred in Denmark up until the end of the seventeenth century, when a land reform changed the agrarian practices.

The Vikings used the feathers from Danish landrace goose breed as steering feathers for arrows, apart from the eggs and meat production. These birds were also used for providing downs and feathers for quills.

And the birds are served for dinner on Mortensaften traditionally in Denmark. However, the breed was on the brink of extinction at the end of the 20th century. But some dedicated breeding program helped these birds to survive.

Currently total numbers of the old Danish goose are very lees. And as of 2006, there were only 50 herds registered. Read more information about the breed below.

Danish goose is a medium sized bird. It is available in two variants: gray and gray mottled. Eyes of the birds are of blue color (though interbreeding often results in brown eyes).

Their beak and legs are a sharp orange in color, and they have only one køl below the belly. The gray mottled variant of the Danish goose is also referred to as White.

Because only the head, back and inner wings of the birds are grey colored, while the rest is brightly white.

Average live body weight of the fully grown Danish landrace ganders is about 6 kg. And the mature geese on average weight around 5 kg. Photo and info from Wikipedia.

The Danish goose is used for both eggs and meat production. The Vikings used the feathers from this birds as steering feathers for arrows. It was also used for providing downs and feathers for quills.

The breed is also served for dinner on Mortensaften traditionally in Denmark.

The Danish goose is considered as a very hardy breed. And the breed’s main productional strength is it’s ability to produce a low-fat carcass with a lot of meat.

Compared to other goose breeds, this bird grow relatively slower, with small clutches and a low reproduction rate. The breed has fallen out of favor in modern agricultural production mainly due to it’s slow growth rate. 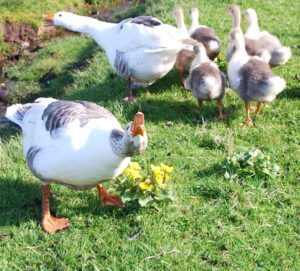 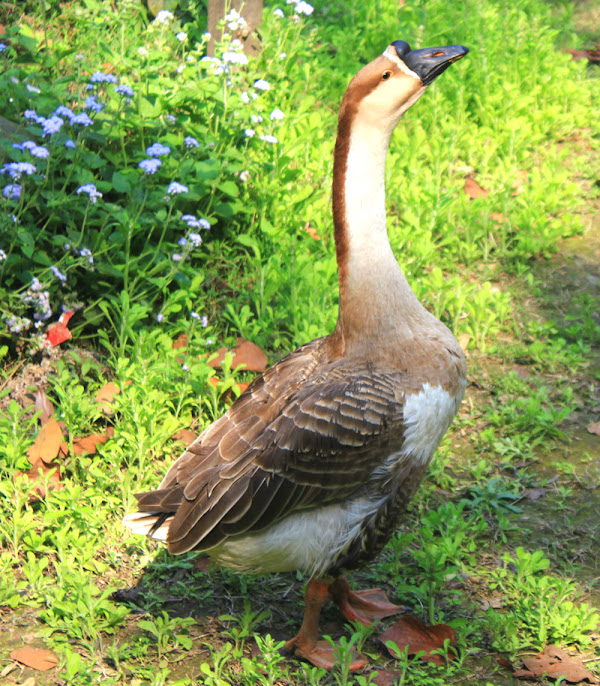 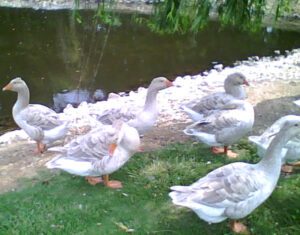 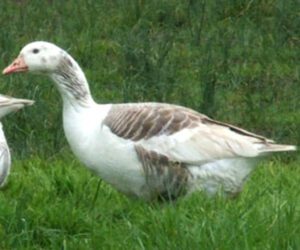 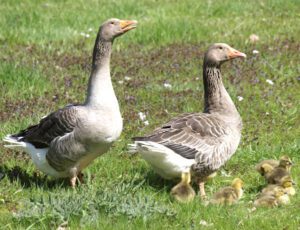 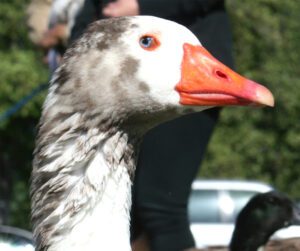