Chantecler chicken is the first chicken breed developed in Canada. A monk from Quebec created this dual purpose chicken breed around the 1900s.

Brother Wilfrid Chatelain (the monks of the Cistercian Abbey in Oka, Quebec) and his fellow monks wanted to create a practical chicken breed which is vigorous and of rustic temperament that could resist the harsh climatic conditions of Canada. Cornish, Leghorns, White Wyandotte, White Plymouth Rock and Rhode Island Red were used for creating Chantecler chicken.

Chantecler chicken is large in size. It is a dual purpose chicken breed which is a good meat producer and lays respectably well. This chicken breed is noted for having nearly no wattles and a small cushion comb.

Their comb appears much like a small round button sitting low on the head. Their small comb and wattles have made them one of the very winter hardy birds without worry of frostbite. They are also very hardy and good winter layer. Hens lay brown eggs.

Chantecler chicken has yellow beaks and skin. Their plumage lies tight against the body. They have very small earlobes. On an average, Chantecler roosters weight about 4.1 kg and hens about 2.9-3.4 kg. Photo from “Cherry Creek Canadians”.

Chantecler chicken is calm and gentle in nature. They are very hardy and can do well in excessive cold climates. They are also friendly and bears confinement well. 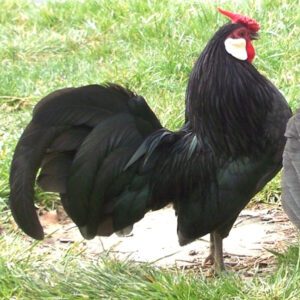 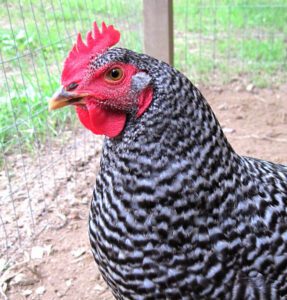 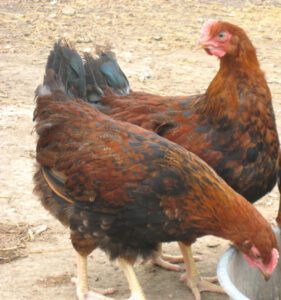 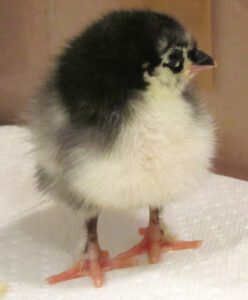 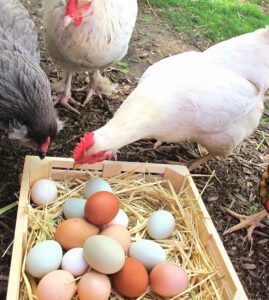