The West African Dwarf sheep is a breed of domestic sheep. It is the dominant breed of sheep from the southwest to central Africa.

Currently the breed is mainly found in West Africa, and it’s range extending from Senegal to Chand, Gabon, Cameroon and the Republic of the Congo.

It is adapted for life in humid forested area, sub-humid areas and savannahs.

Currently the breed is most common and numerous in the southwestern region of Nigeria and a significant part of the herd is under modern management systems for meat production. Read some more information about this breed below.

As the name suggests, the West African Dwarf sheep is a smaller sized breed of domestic sheep. It is usually white or piebald. The front half is black and the back half is white.

Although, blackbelly pattern and tan on white variety are also found. The Rams have a well-developed throat ruff and they are horned.

Horns of the rams are wide at the base, curve backwards, outwards and then forwards again. While the ewes are usually polled, but some may have slender short horns.

Ears of the West African Dwarf sheep are short and pendulous and their neck is long and slender. Their chest is deep, back is long and dished and the legs are short. They have pretty long tail which can reach the hocks.

Approximate live body weight of the mature West African Dwarf ram is around 37 kg. And the mature ewes on average weight around 25 kg. Photo and info from ansi.okstate.edu and Wikipedia.

The West African Dwarf sheep is a meat sheep breed. It is raised mainly for meat production.

The West African Dwarf sheep are very strong and hardy animals. They are highly tolerant of trypanosome. The ewes are thought to go into oestrus throughout the year. And on an average, the ewes can produce 1.15 to 1.50 lambs per lambing.

Growth rate of the West African Dwarf sheep is relatively show, but they can be bred at their age of 7 to 8 months. They are very docile animals in term of temperament.

They are very easy to handle and can easily interact closely with humans. Currently the breed is mainly raised for meat production. However, review full breed profile of this breed in the following chart. 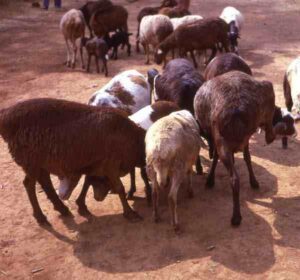 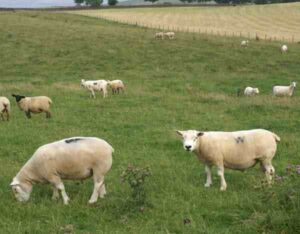 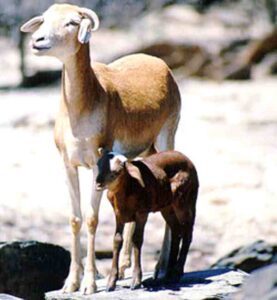 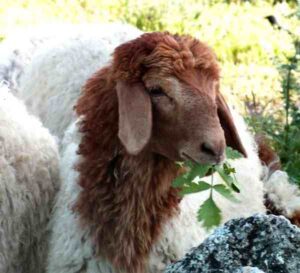 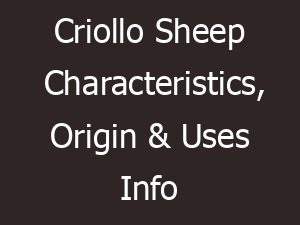 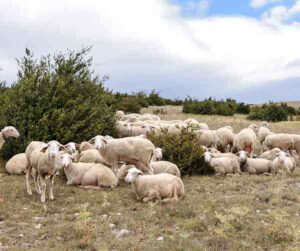