The Velvet crab is a species of crab which is found in British coastal waters. It is also known as Velvet Swimming crab, Devil crab and Lady crab.

It is the largest swimming crab with a carapace width of up to 10 cm. It is the only species in the genus Necora.

The Velvet crabs are found and live from southern Norway to Western Sahara in the North Sea and north Atlantic as well as western parts of the Mediterranean Sea.

These crabs were previously considered as a pest species, but now a commercially significant export species in the United Kingdom and Ireland.

The crab is traditionally consumed by southern European nations such as Spain and France. However, read some more information about this crab species below.

The body of the Velvet crab is coated with short hairs, giving them a velvety texture. The species is named so for these hairs. The last pair of pereiopods are flattened to facilitate swimming.

Average carapace width of the Velvet crab is around or up to 10 cm. Photo and info from Wikipedia.

The Velvet crabs are mainly used for food. It is traditionally consumed by southern European nations such as Spain and France.

The Velvet crab is one of the major crab species for United Kingdom fisheries, in spite of it’s relatively smaller size.

These crabs generally love to live on rocky bottoms from the shoreline to a depth of about 65 meters.

They are used mainly for food, and are very popular in some countries. Review full breed profile of the Velvet crab in the following table. 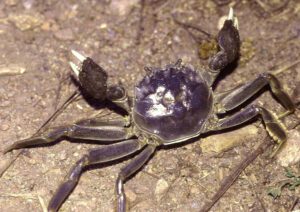 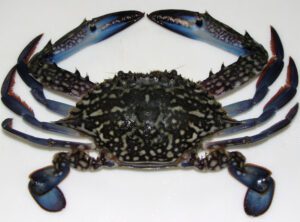 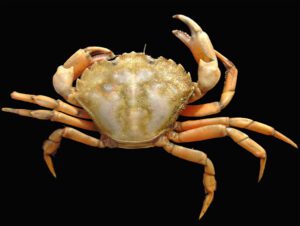 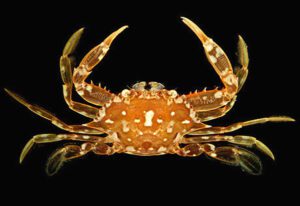 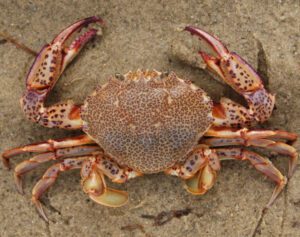 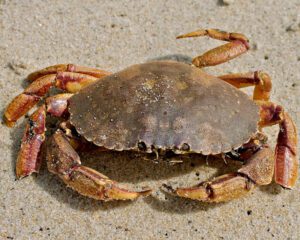